Look for the helpers, yes. And also look for the grace and beauty tucked (and sometimes untucked) in all the corners and crevices around us. It’s there.
#verseofthemonth
just hanging with my buds.
We have a new key ring around here, if you know what I mean...... • • “Yes, I truly have reason to bless the Lord for abundant supplies; His treasury has been wide open to me, His riches have constantly outweighed my necessities. He has multiplied His mercies above all my desires.” -Susannah Spurgeon 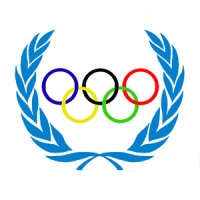 Tomorrow the Opening Ceremony for the 2012 Olympic Games will begin (at 6:30 p.m. CST).  The best athletes in the entire world will compete on the highest level representing their countries and going for the gold.

Several of my friends are there competing, specifically Amanda Furrer, Sarah Scherer (who happens to be related to Charles Spurgeon) and Jonathan Hall, among others who will be reppin’ the USA in shooting.

I cannot tell you how happy I am for these amazing shooters and people who have overcome so much to be where they are right now- in London just about 24 hours away from the Opening Ceremony! They have each worked so hard and I am ridiculously proud of them and can’t wait to wake up in the middle of the night to watch them compete.

However, if I let it, it hurts my heart.

Because I’m not there.

You see, this was going to be my Olympics. I even told someone that in an interview when I was 13 years old. (You can read the article here… please don’t judge my picture or my perfectly-parted-down-the-middle hair… wow.)

From the time I first realized shooting was an Olympic event, I was going to win the gold. It was my dream forever. The hours of training, the traveling for national competitions, the expensive equipment, the elite camps, were all stepping-stones for my way to the World’s Stage where I would compete and win gold.

At least that’s how it was perfectly planned in my selfish, me-centered head.

“Many are the plans in the mind of a man,
but it is the purpose of the LORD that will stand.” (Proverbs 19:21 ESV)

He knows my dreams and my heart’s deepest desire and He isn’t a God who will see that and then give me the exact opposite because He’s cruel. Absolutely not. He doesn’t promise to give me what Sophie thinks is best, He promises to give me His best. And I’m living it out. 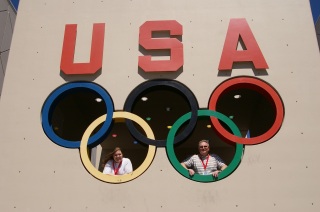 I would not trade where God has me right now for competing in five Olympic Games.

God has allowed me to experience Him in ways that I never imagined through a job that I love, discipling a group of girls I adore and learning from some of the greatest people I know, all of whom are following hard after God.

So, back to what I said earlier: if I let it, the realization that I’m not there hurts my heart. 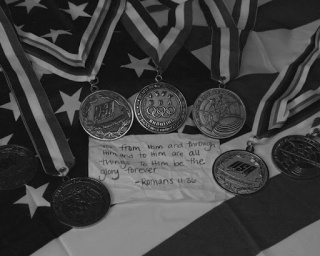 Emphasis on “if I let it.” It’s a choice, just like everything else in life. And I choose to be ridiculously happy for my friends competing in the Games and with where God has me right now, knowing it’s for my good and His glory and preparing me for a future only He can see.

I will watch the Opening Ceremonies tomorrow night and cry as the athletes walk in and then I’ll proceed to cry during every medal ceremony. They won’t be tears of selfishness but tears of victory; victory with the ones winning the medals and victory with the One who created my heart and has fulfilled it to the uttermost.

“In this you rejoice, though now for a little while, if necessary, you have been grieved by various trials, so that the tested genuineness of your faith—more precious than gold [Olympic gold] that perishes though it is tested by fire—may be found to result in praise and glory and honor at the revelation of Jesus Christ.”(1 Peter 1:6-7 ESV)

Praising Him for my life that is going exactly as He planned,

3 comments on “Olympic Dreams, Sophie’s Plans and God’s Will”